Let's Talk: Looking Back at DF21

Last Monday the Dutch Umbraco User Group event DF21 took place, and I have had the opportunity to show up as a speaker! Let's have a coffee and look back at how it went for me! ☕

I have always been fond of experimenting with new things in the world of technology. Umbraco 9 having been my biggest focus of the year, and Blazor being the second in line! Mostly trying to learn new things as a hobby, writing about it on my blog and social media like twitter and the (Umbraco) forums, hearing the positive (and constructive) feedback of others, that's what motivates me!

October comes around, and the first signs of a Dutch Umbraco event happening at the end of the year start to appear... including a call for speakers! But... I'm not an expert, nor do I have any prior experience of speaking at an event... Nah, I'll just be attending.

Fine, you've convinced me! Let's sign up, and who knows if I get accepted!... and two weeks later, sure enough, the confirmation lands in my inbox... I'll be speaking at DF21 this December! 😱 Incredibly excited, and perhaps nervous even more, this would be my chance to not only hang out with some amazingly talented people from the Umbraco community, but also share some of the things I have learned myself!

October and November were over before I knew it, during which I spent more time messing around with Blazor and Umbraco 9 than before, but... what was I going to be sharing? What kind of audience would be interested in what I have to say? Should I be doing live-demo's, share difficult code snippets, or instead keep it very introductory? What would motivate people to try things out for themselves.... Let's go for the introductory!

The nerves were slowly getting worse the more slides were added to the presentation... Would it be too introductory, or too in-depth already instead? 10 slides.... 20 slides... 30 slides... this should do the trick! The structure of the talk took shape, I had an idea of what kind of conclusion I'd like to work towards, and I could now fully focus on the informational part of the talk!

But then the Dutch Government decided to ruin the fun for us the Tuesday prior to the event; A partial lock-down requiring all types of events to only be allowed from 5 am till 5 pm. Due to the hard work of the organizers Henk & Arnold, the event could be shrunk down to finish at 5 pm, and the show could go on!... right?....right?

5 days later another emergency press-conference gets held by the government, and with effect of immediately we're in a full lock-down. No more events. No more audiences. Nothing.... 36 hours before the event. What will happen to DF21? Would it be completely virtual, or would we still be allowed to speak on site?

Luckily for me and a select few, we were welcome to do our talks on site at the studio!

The Day of the Event

Arriving early, waiting for my talk to start at 10:15... one final scan through the slides after having practiced the talk in my head several times over... let's do this!

Blown-away, that's what I was! Getting to meet Henk & Arnold, but also hanging out with amazing people like Jeffrey Schoemaker, Lennard Fonteijn and Dave Woestenborghs was such an amazing experience. It was great to be able to hang out with everyone before, during and after everyone's talks, ranging from Umbraco related conversations, to what countries are still on our bucket-lists to visit, and the fact that we had enough lunch on site to feed a small army! 😂

The amount of positive feedback I have received after doing my talk, from the Umbraco community, from colleagues, from friends, was also almost overwhelming! I realized that in the end, all the nerves were for nothing, and that doing the talk gave me so much energy, something I could only hope for!

2021 has been an exceptional year to say the least, and this is only the start. Let's see what 2022 has in store for us!

In case you couldn't attend the event, here's a quick impression gallery you can click to view more! 📸 Attachment 1. A little sneak peak of what we got to see! 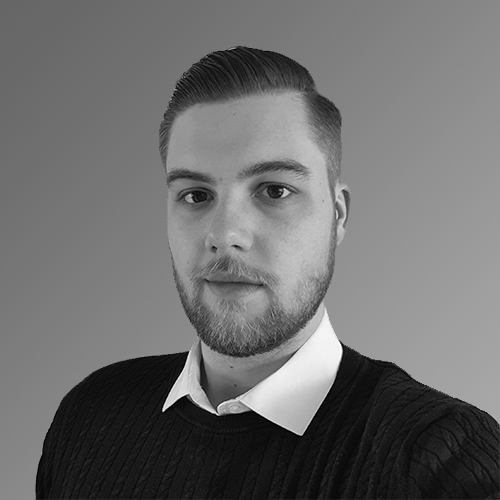